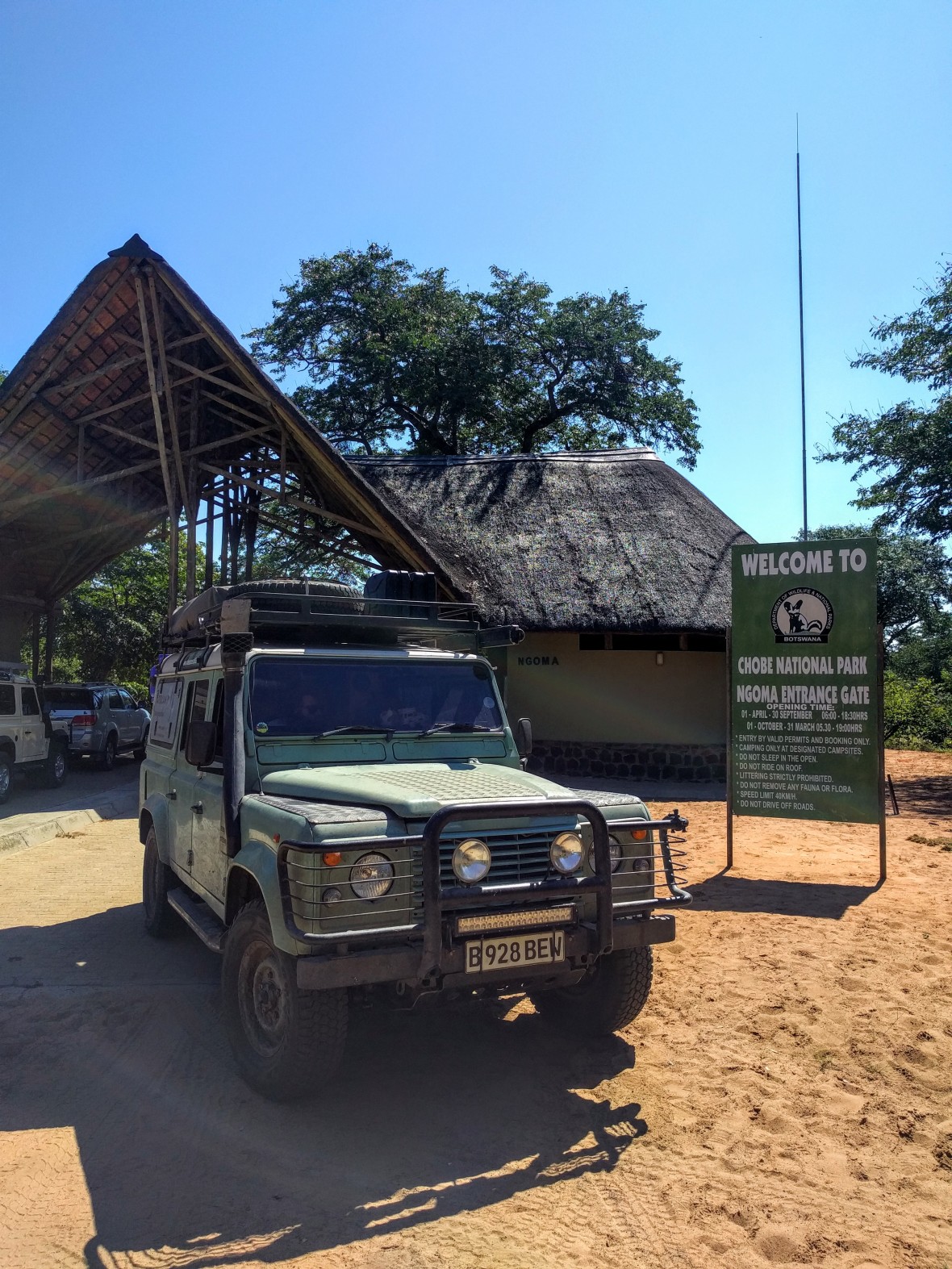 Because of the repairs needed on the Land Rover our side trip to Vic Falls took up most of the time we had planned to spend in Chobe. However, I wasn’t very bothered by this because Chobe is not my favorite. I’ve only done one river cruise on the Chobe River, but that was enough for me to see how overcrowded this area is.

We got a camping spot at Chobe Safari Lodge by chance – they had been all booked out for the previous few weeks. Although the lodge is beautiful, the campsite was pretty awful. I have never seen any other campsite as packed as this! I think there must have been a car crammed in every 10 ft. However, they do have really nice ablutions! And of course you get to enjoy the free wifi, great buffet and river views at the main lodge.

The advantage of staying at Chobe Safari Lodge is that it is situated about 10 minutes from the Chobe Gate, so you have the best chance of getting in the park early. We decided to try to be the very first ones in the park – to give ourselves the best chance of not having to deal with crowds. We got there at 5:30 and made it to the gate before we were allowed to enter at 5:45. So we were indeed the first ones to enter that gate ! 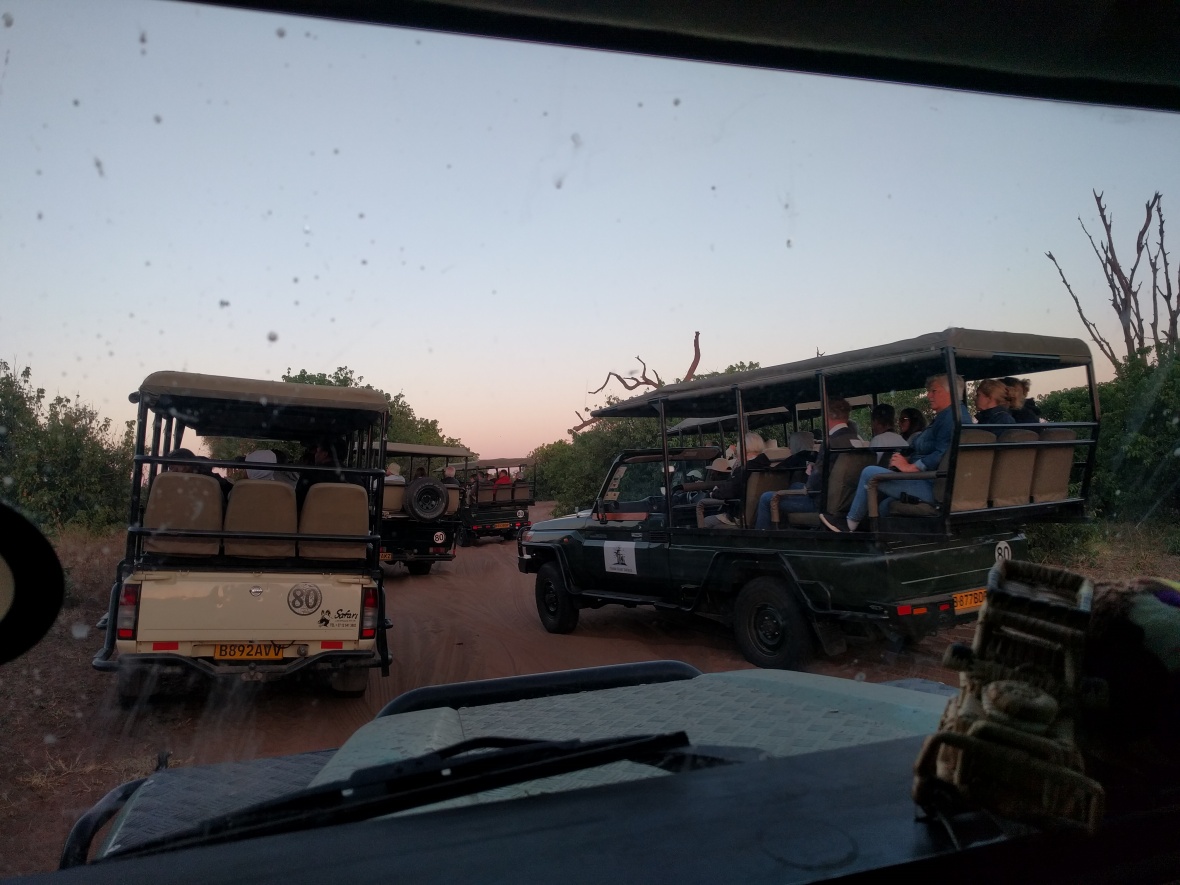 Almost immediately we found a small pride of lions that were moving quickly which made us excited that they might be hunting. But literally within 3 minutes of spotting them, a slew of safari cars appeared on the scene and completely crowded the lions. They may have been hunting but with the onslaught of cars they quickly moved into the bush and out of sight. We got to see them chase after a warthog but not much else. There are supposed to be rules in place that no more than 4-5 cars should ever try to approach an animal….but the guides we saw were definitely throwing those rules out the window. It is very stressful for the animals and highly disruptive to their natural habitat. So sad to see this behavior.

We were driving along the Chobe river which is supposed to be a one way road. But drivers were pushing through from all directions. We were literally stuck in a line of 15 cars that were vying for a chance to see the lions. They were VERY pushy and not friendly. I wanted to get out of there as soon as possible. I no longer had any interest in looking at lions or any other animals under these circumstance. We tried to get as far away from the other cars as possible by heading away from the river. May isn’t even high season in this area so I can’t imagine what crowds you would see in dry season!

We tried a few inland routes and then made our way north through the park. The most shocking part was that we didn’t see a single elephant in the park! Chobe is famous for elephants and is home to at least 20,000 of them so who knows where they were! The only other cool sighting was a honey badger. I can’t believe its taken years for us to see our first honey badger and in the past few weeks we have seen 4! 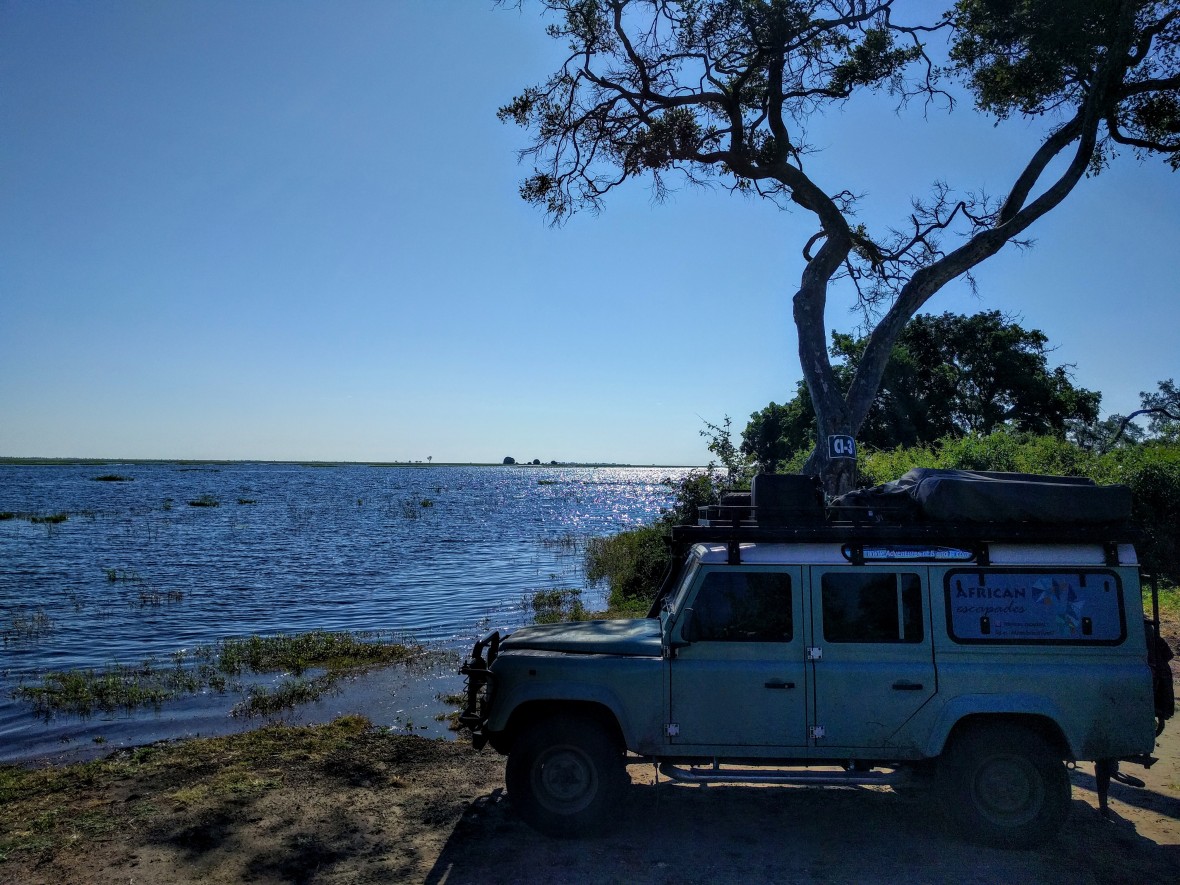 On our way out of the park we stopped to check out the Ihaha campsite which is where we had planned to stay. It is quite beautiful. The sites are set right on the riverbanks and well spaced apart to give you a sense of privacy. They have nice big ablution blocks with hot water. I would definitely recommend anyone visiting Chobe to stay here. It will give you the best chance of enjoying the beauty of the park with less crowds. You do have to book quite a bit in advance because the sites are almost always full.  However….when we visited the camp was nearly empty so you might have a good chance of showing up and finding a spot….but its risky!

We drove out of the park and then made our way across the Ngoma border which is located right outside the exit and allows you to enter Namibia. 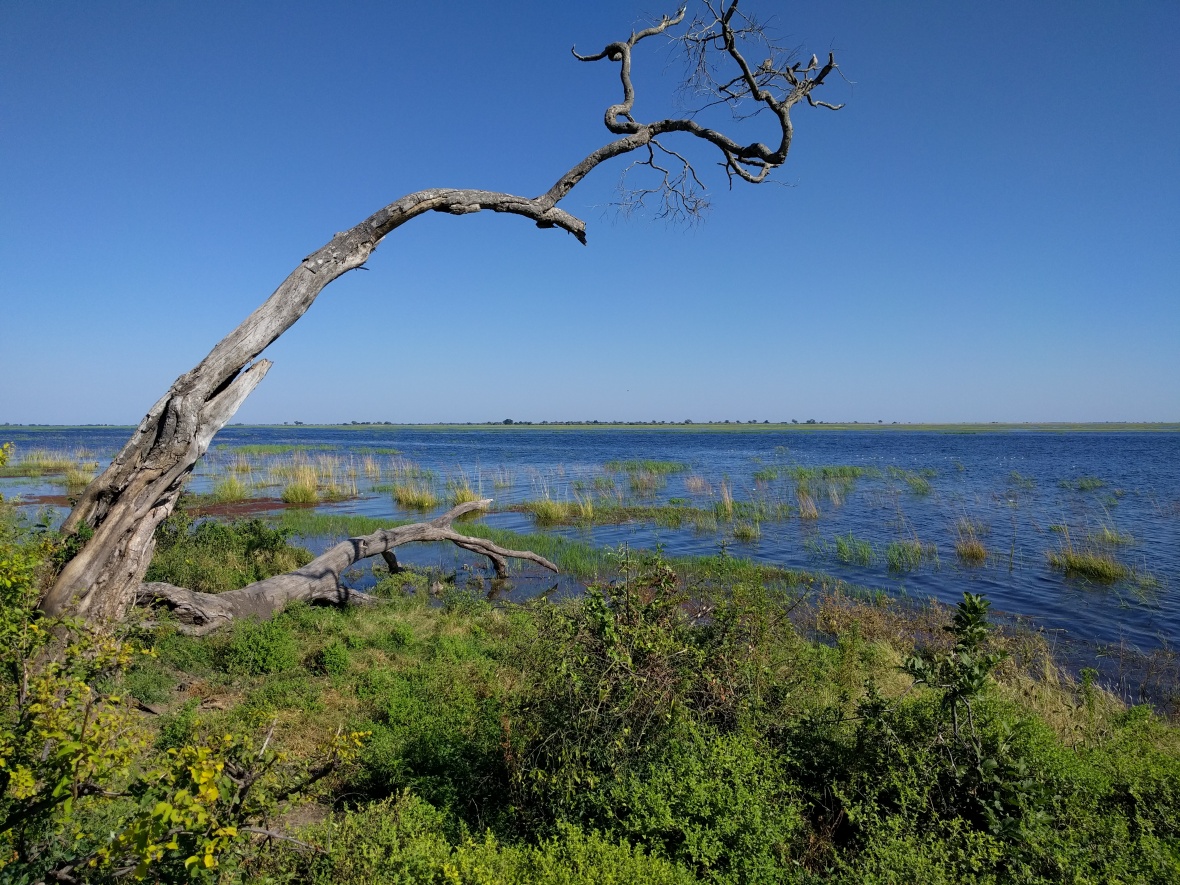 there are stunning river views throughout Chobe

I don’t see myself going back to Chobe. There are so many other fantastic parks in Botswana where you don’t have to feel like you are on top of a million other tourists. It may be harder to find animals in other areas but at least you have the opportunity to actually enjoy nature and the animals you see. To me, Chobe is a complete turn off.  I don’t want to share my sightings with 30 other tourists. The park is stunning and it does have a ton of game but just not worth it due to the year round crowds.  The most enjoyable way to experience Chobe is by sunset riverboat cruise in the dry season which is worth a short trip to see the iconic herds of elephants at sunset drinking from the river. But you’ll also have to share this experience with a ton of other boats….