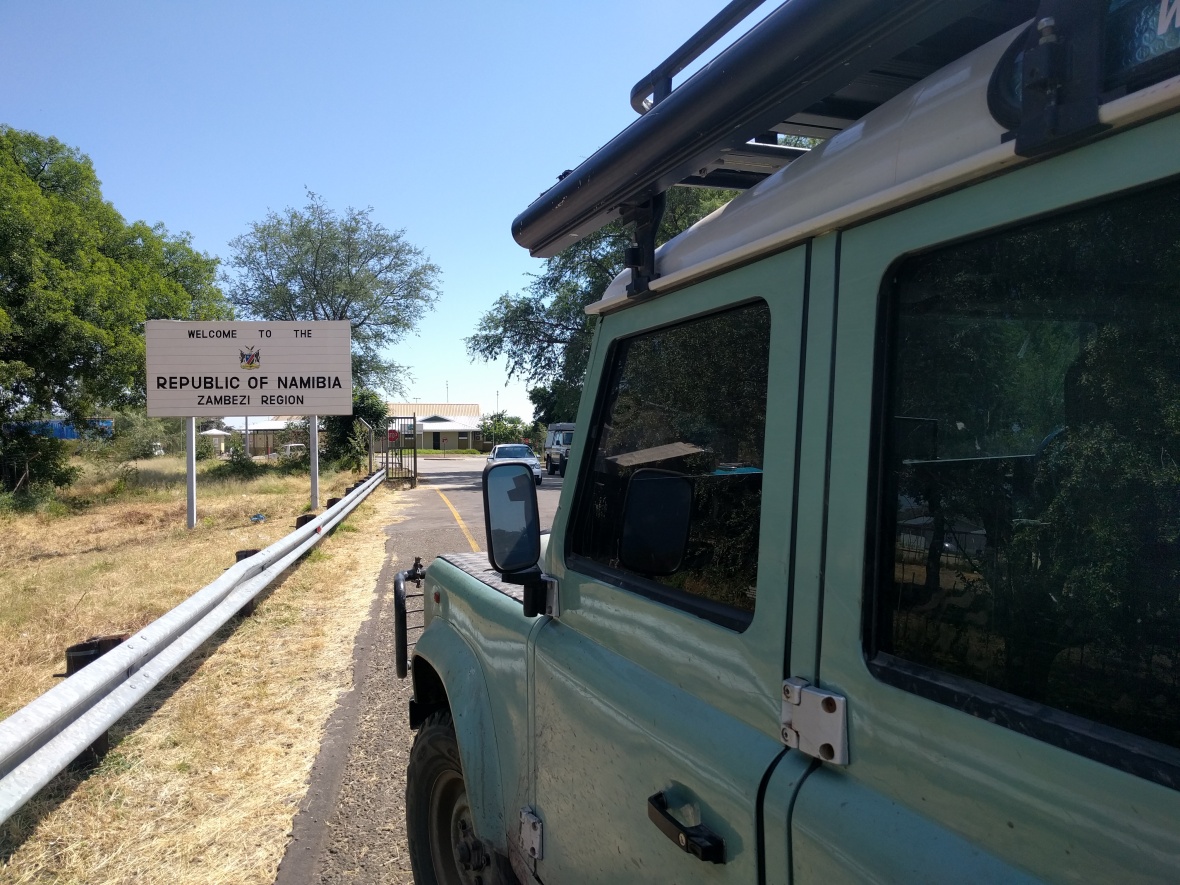 To enter Namibia from Kasane, you cross a bridge over the Chobe River and make the long drive across the Caprivi strip. This is the 280 mile long panhandle of Namibia. A strange bit of land sandwiched between Angola, Botswana, Zambia and Zimbabwe created by the random colonial carving up of Africa during the 1800s. They say that the Caprivi strip only exists because the Germans “forgot about Victoria Falls.” Germany (then colonial rulers of German South West Africa, now Namibia) negotiated for this thin strip of land because they thought it would give them access to the Zambezi river which would then give them a passageway to the Indian Ocean. Sadly, they neglected to factor in the 355 ft drop at Victoria Falls….making that an impossible route. Somebody really dropped the ball on this one….

The Caprivi has existed as a culturally isolated area ever since, not truly feeling like a part of any of the surrounding regions. There was even a liberation movement and a civil war in the 90s! 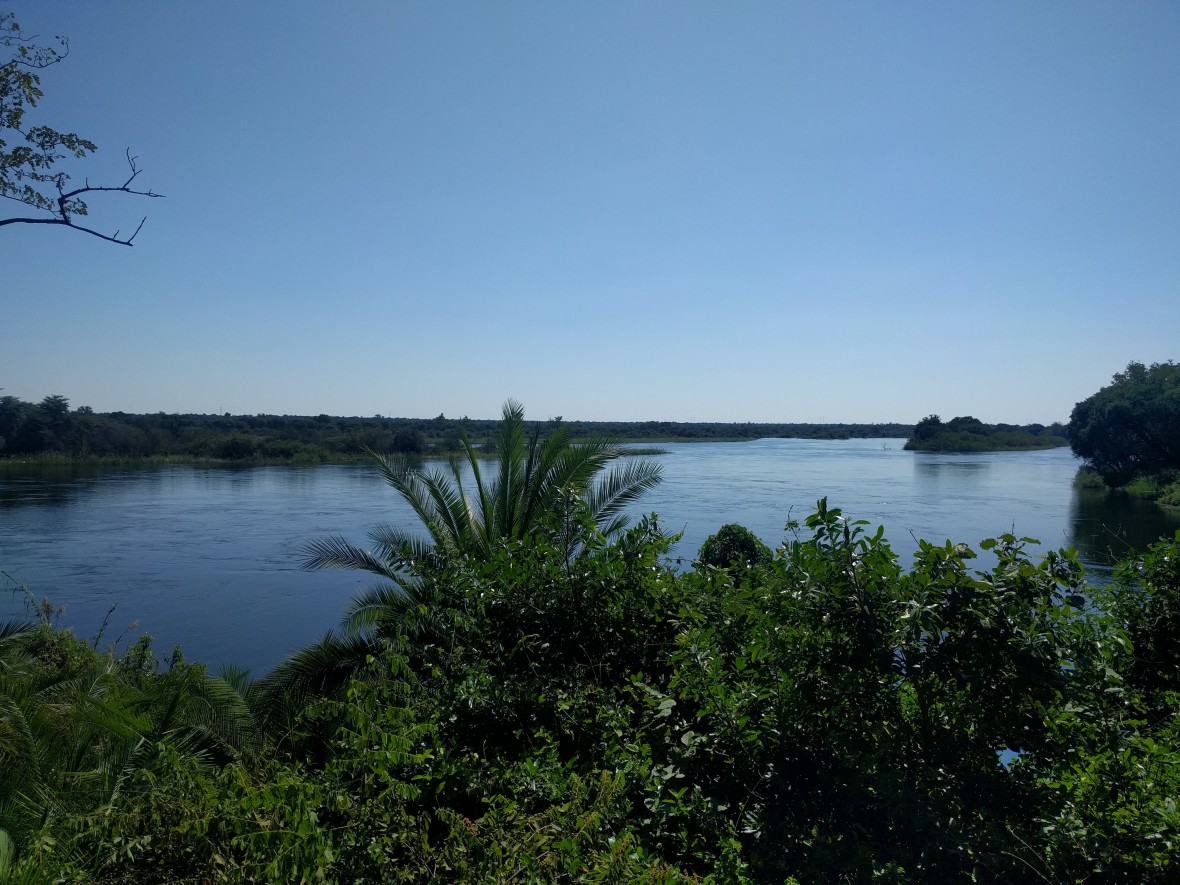 the Zambezi river makes the eastern border of the Caprivi

We made the long drive was across the Caprivi in a single afternoon – the roads were good and we had no issues. Our destination was Ngepi Camp and we made it right at sunset. We enjoyed seeing lots of elephants in the road along the way. 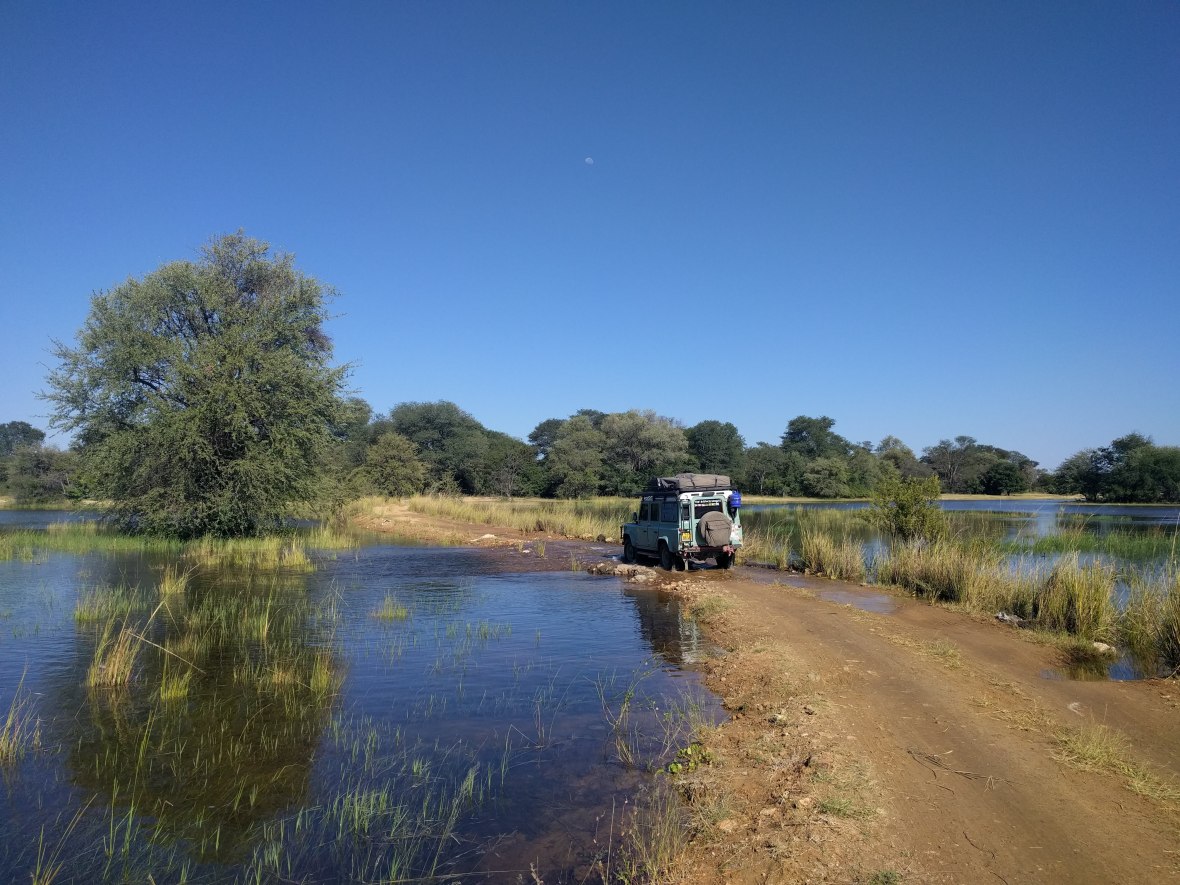 To get to Ngepi Camp, you turn off the main road and have to cross the Okavango River – which didn’t pose any challenge because the water was low…..I can imagine this crossing being an issue during wet months of the year! 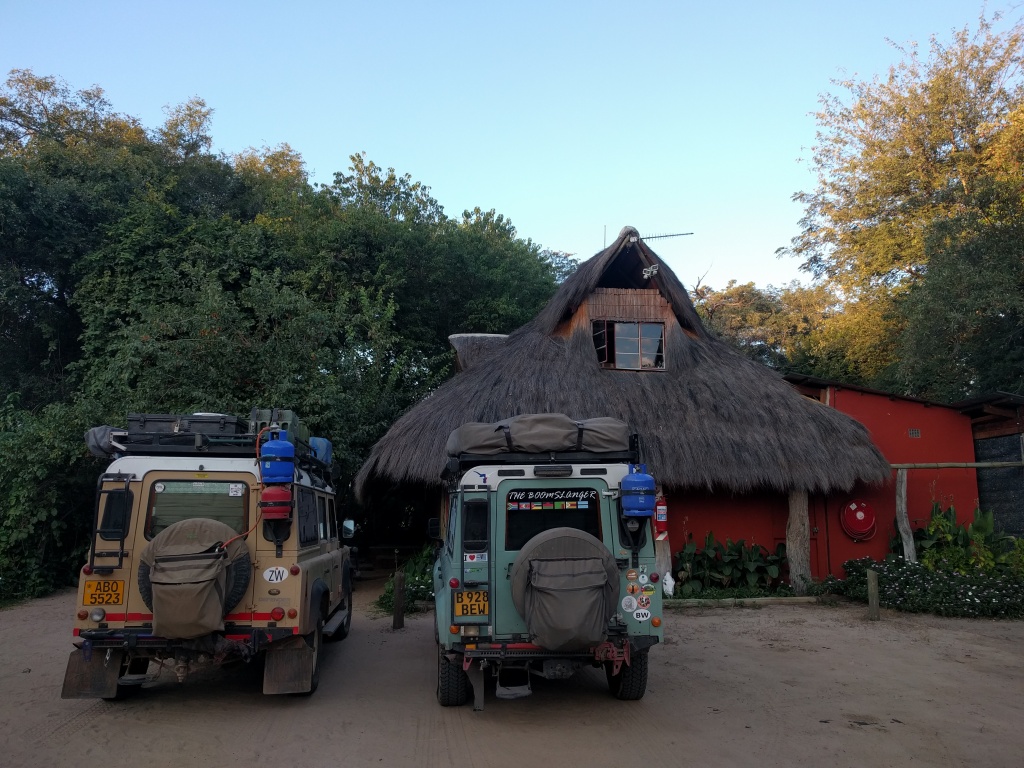 We were in good company with so many other landy lovers 🙂 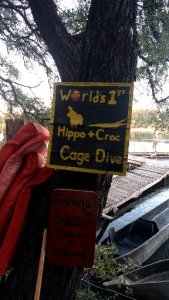 Okavango. It is definitely a backpacker/overlander haunt. Nice big open areas and various decks for hanging out and mingling. But also enough open space to where you don’t have to socialize if you don’t want to! Cool features include a floating caged in swimming apparatus to allow you to safety swim in the croc and hippo filled river! We definitely would have been up for trying the “worlds first hippo and croc cage diving” if it wasn’t winter! They also have mokoros and regular canoes that you can take out on the river.

You can choose to stay in budget campsite or splurge on the beautifully decorated river front bungalows and treehouses. Just sitting on your porch you can watch hippos, buffalo, elephants and a variety of antelope in their natural habitat. 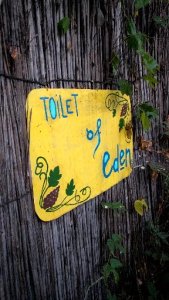 My favorite part about Ngepi is that everything has a theme! Their biggest claim to fame is the 12 different themed ablutions. I was bummed that we didn’t have time to check them all out! All the ablutions are shared so you can visit any one that you want. Even the basic ones were awesome. Our campsite shower was made up of tree branches that served as towel holders and then there was a big central wooden platform for the shower. Everything is built into the natural surroundings. It was such a nice break from all the run down and grungy showers and toilets at other campsites.

Ngepi Camp is the kind of place you could spend a few days just relaxing but sadly we had to be on our way after one night! 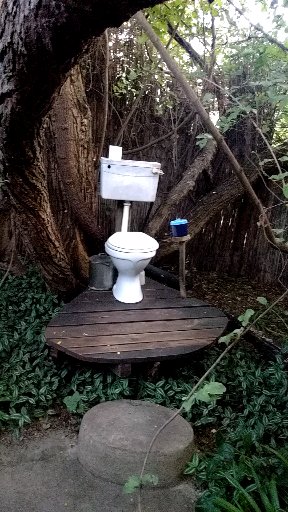 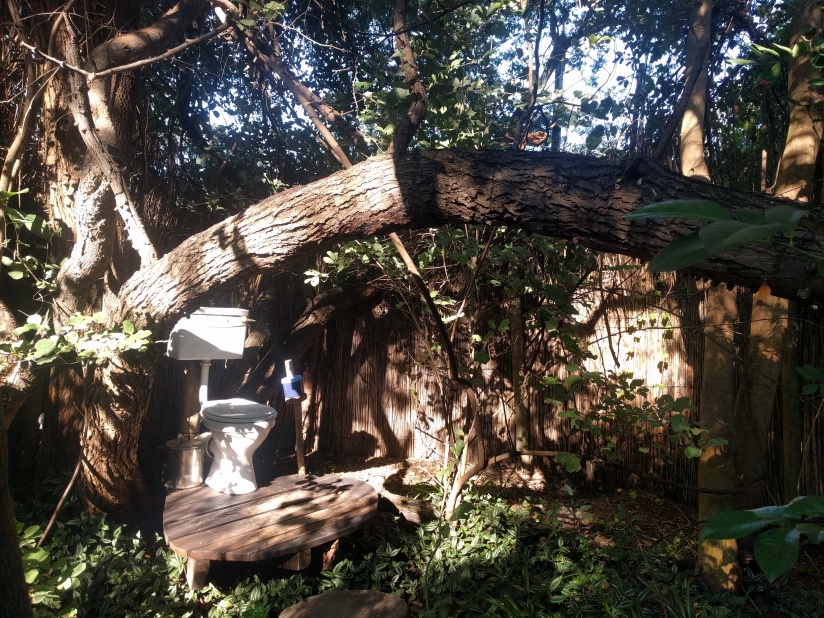 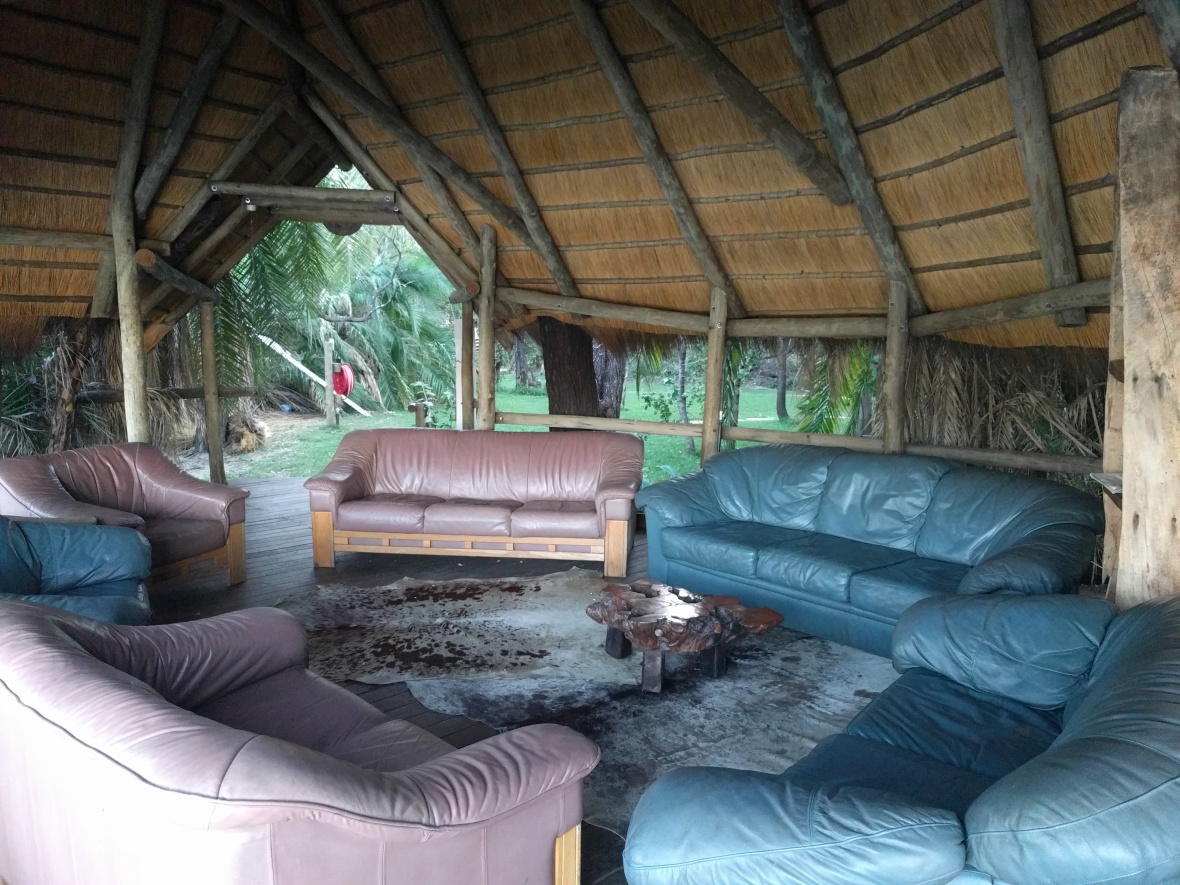 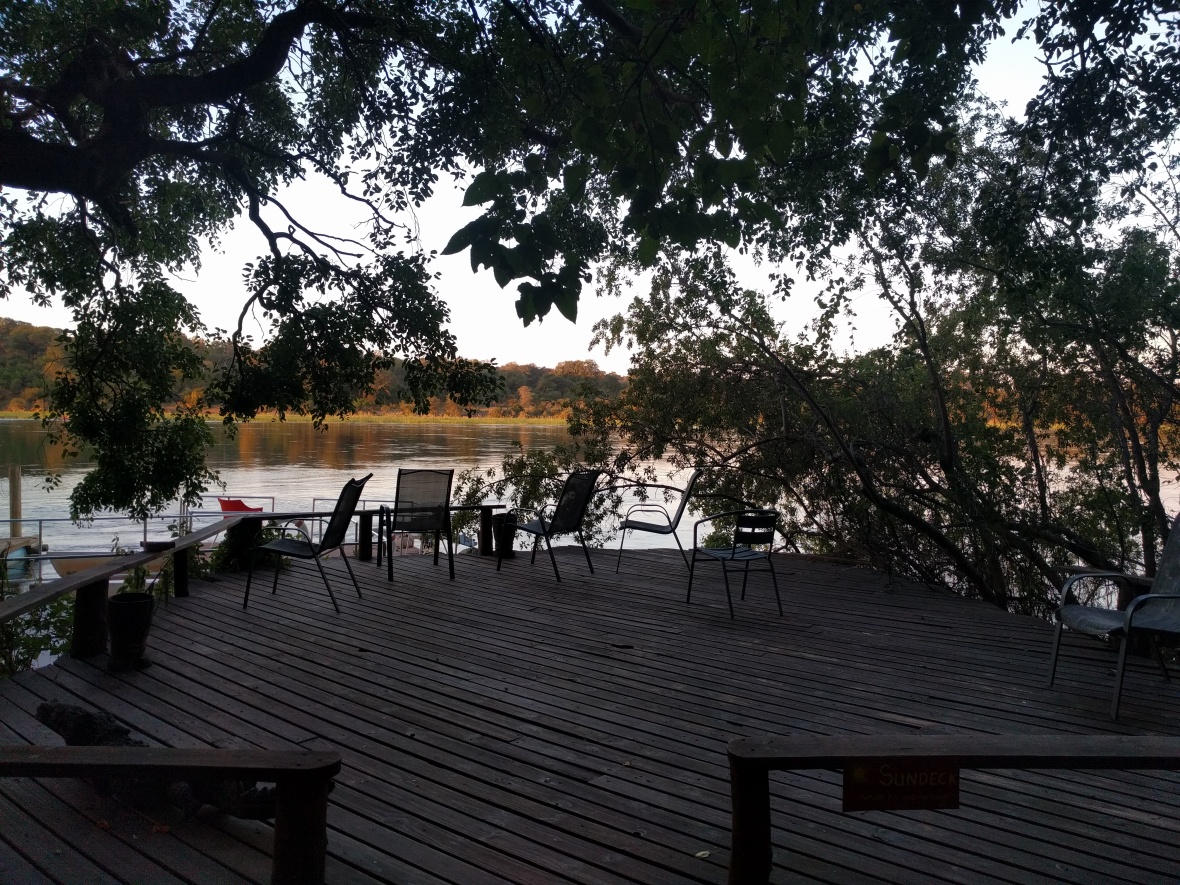 a great view no matter where you are in the camp