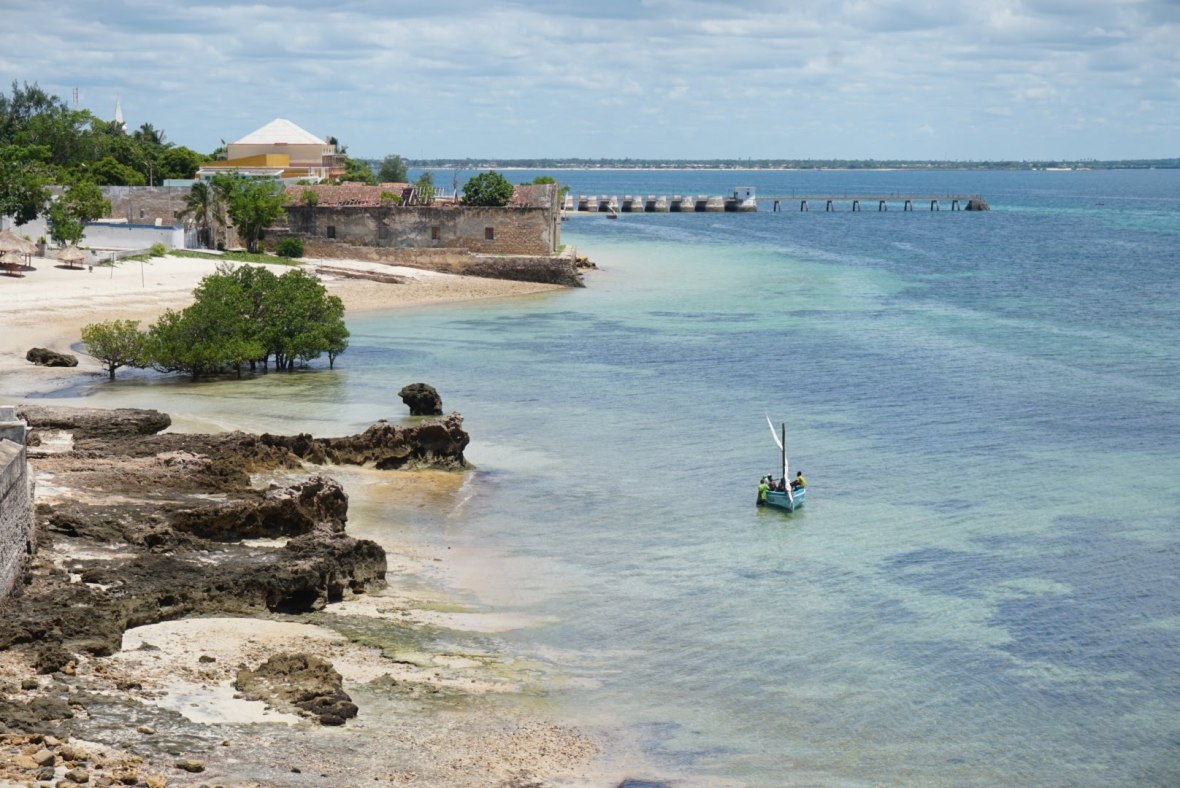 The fusion of Portuguese, Arabic, Indian and African cultural influences makes Mozambique one of the most fascinating countries to explore. My knowledge of their history and culture has grown by leaps and bounds during our trip. Maputo is popularly known as one of the most interesting cities due to the myriad of unique architectural and design details. But most people overlook the original capital of the Portuguese colony  which was Mozambique Island until 1898. Ilha de Mocambique (how it is locally known) offers a small scale way to get a window into 16th century Africa. 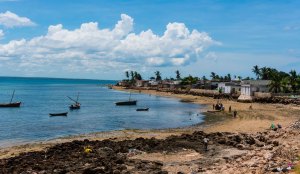 The island looks small on the map, but I had no idea just how tiny it is! It is just two miles long and at most less than 1000 ft wide. You could walk across the whole thing in an hour! The fortified colonial stone town takes up an even smaller portion of the northern edge of the island. It has been declared a UNESCO World Heritage site for its historical significant, as it was once the most powerful fortresses of the Portuguese empire. Macuti town or “Reed Town” makes up the southern edge of the island and this is where the local population, which is largely Muslim, lives. You will find the people to be incredibly friendly and although quite persistent in their attempts to befriend you, totally harmless. It is one of the safest areas in Mozambique. 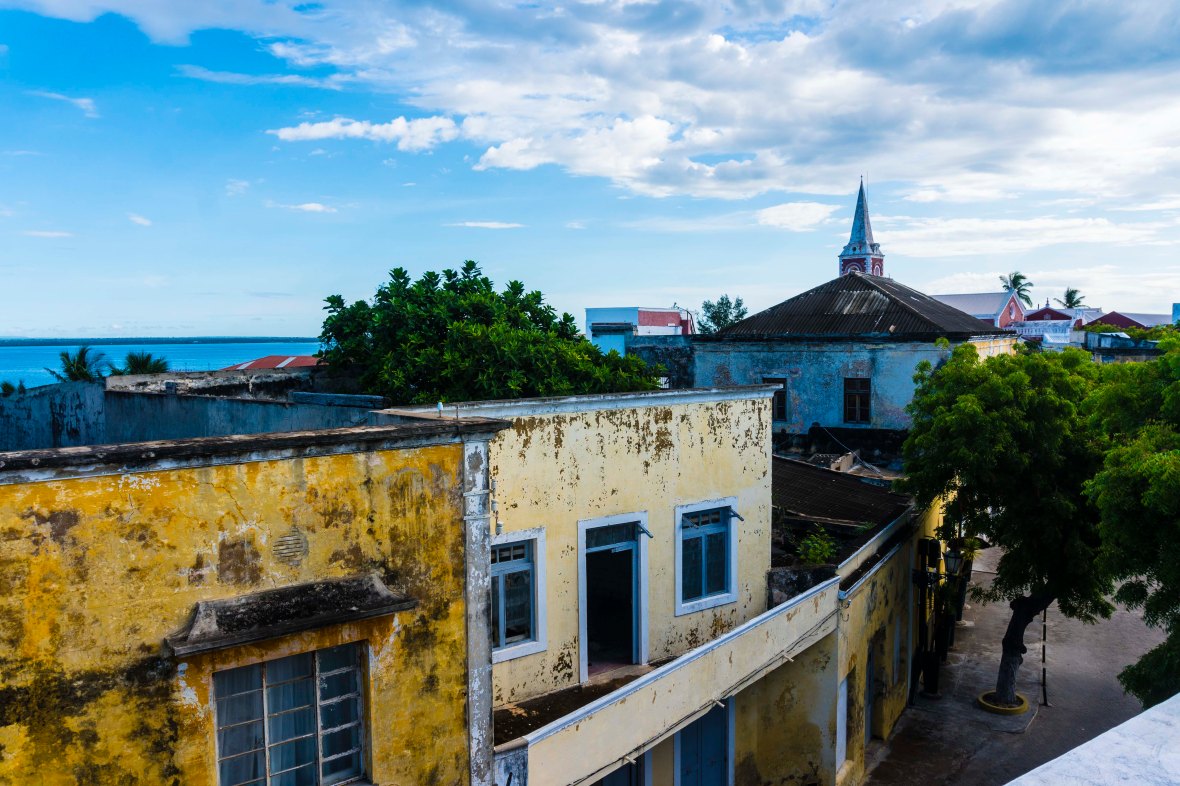 To reach the island, you pay a toll and make an easy drive across a long snaking two mile bridge from the mainland. There was hardly a person in sight as we drove through town. Everything was eerily still and quiet. It felt like a ghost town. 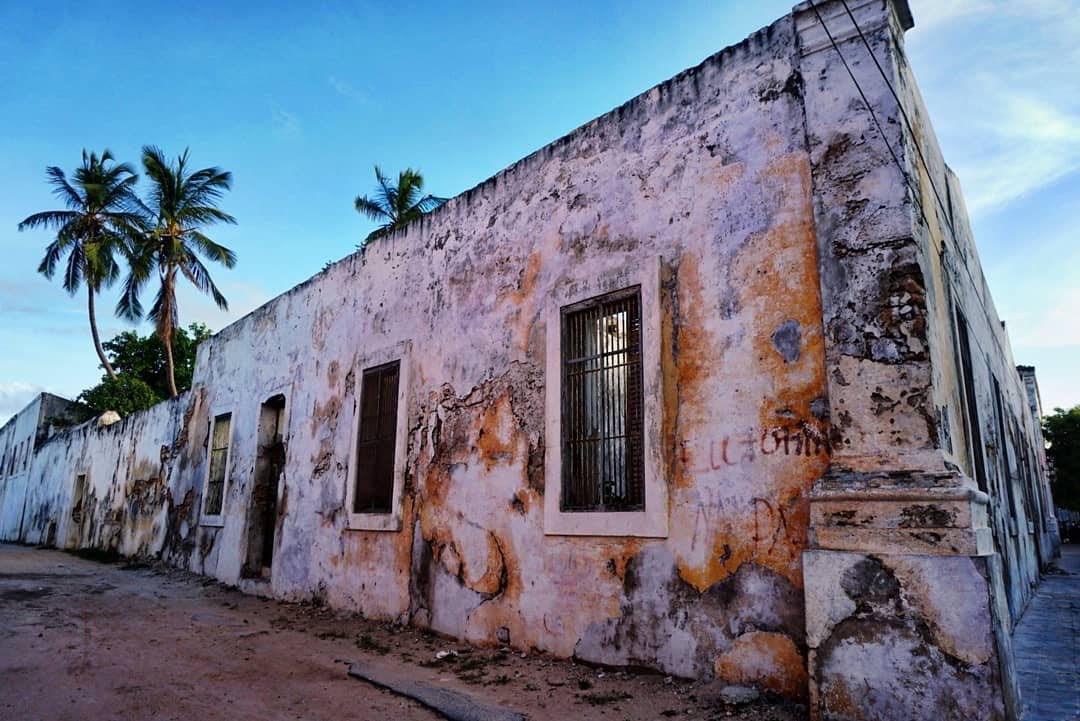 Everywhere you look colorful crumbled buildings are being overtaken by trees and vines. Narrow winding alleyways lead you past ornate doorways and then invariably deposit you at the ocean. You are never more than a few steps away from a view to the picturesque turquoise waters. The best way I can think to describe it is hauntingly beautiful. 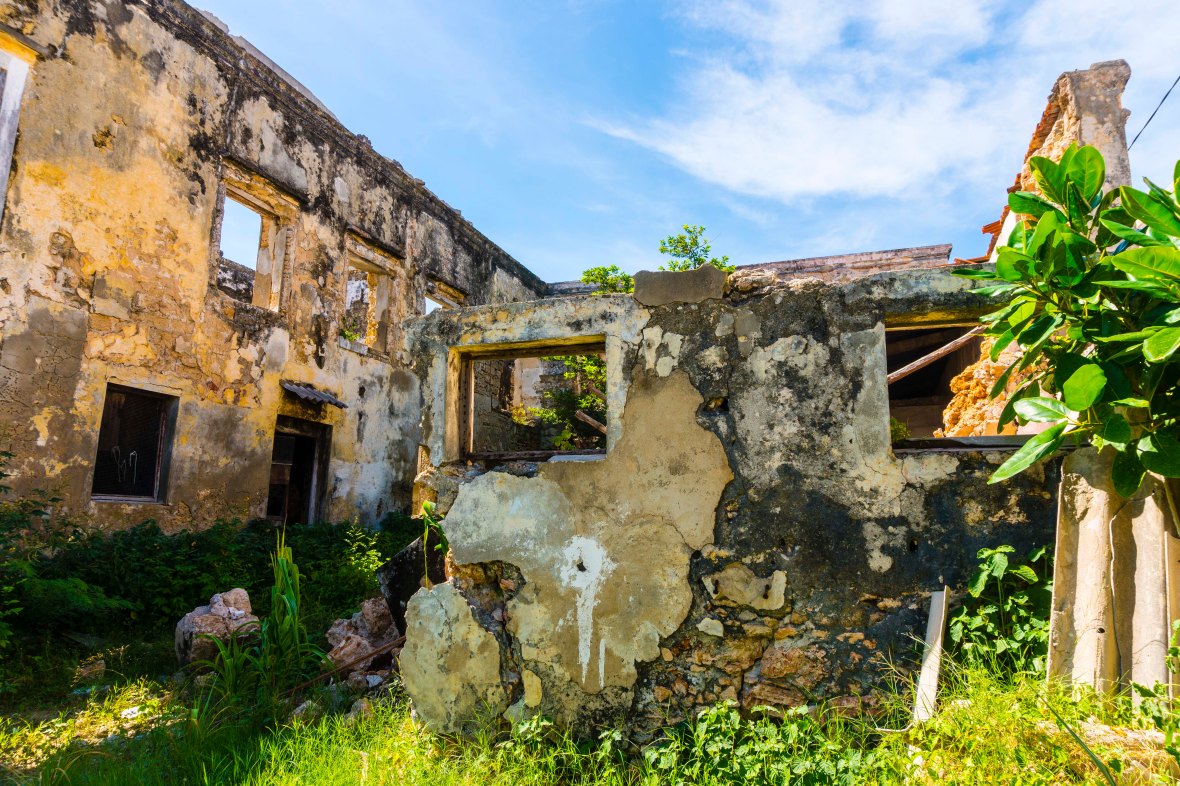 A walk through the island can inspire a sense of loss and decay. Some areas do look like a recovering war zone. However, at the same time you cannot shake the raw beauty in these stone structures that have withstood the test of time. Walking through the stone town your imagination will wander…. Who walked these streets a hundred years ago? What was daily life like? How grand must these buildings must have been in their time? What battles were fought in the ramparts of the fort? What stories could these dilapidated walls tell? 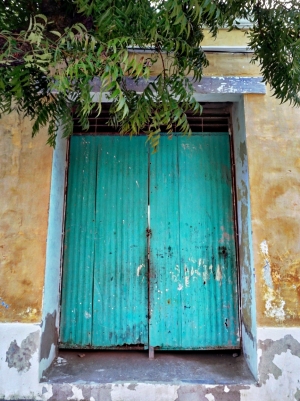 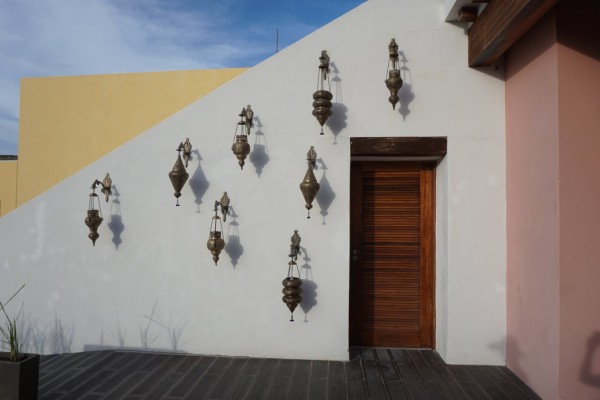 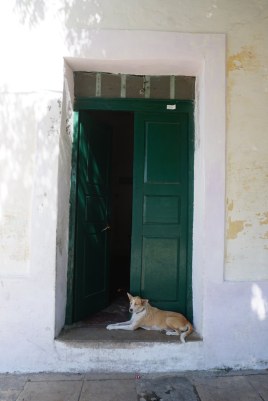 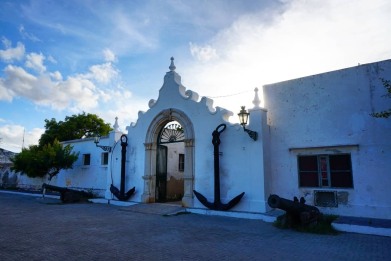 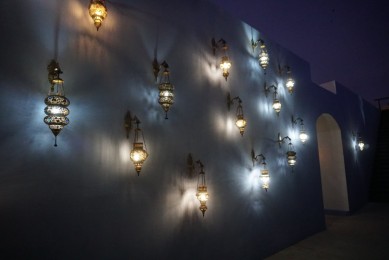 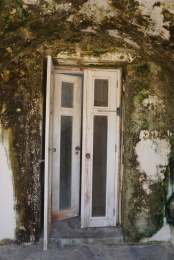 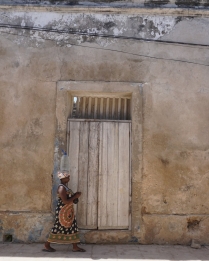 Although I was mesmerized by the beauty and tranquility of the island, a visit to Mozambique Island isn’t for everyone. There isn’t a whole lot of concrete activities, so if you are not into history and local culture – probably not the place for you.  The best way to spend your time is just wandering around, hanging out with locals and relaxing. So make sure this is how you want to spend your holiday before you make the long and complicated trek to the island. 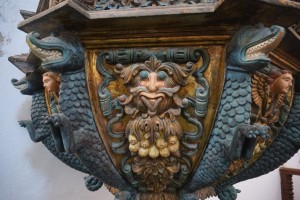 There are a few points of interest that you should consider checking out. The Palace Museum is the old residence of the governor of Moz Island. I thought it was quite interesting to see the furnishings and decorations of the times. Especially the mix of Goan, Portuguese, Mozambican and Macauan designs of the woodworking and textiles. There is a maritime museum that houses the contents of a Portuguese shipwreck including a collection of Ming dynasty porcelain that I would have loved to see. It was closed when we tried to visit so cannot comment on whether it is worth a visit. 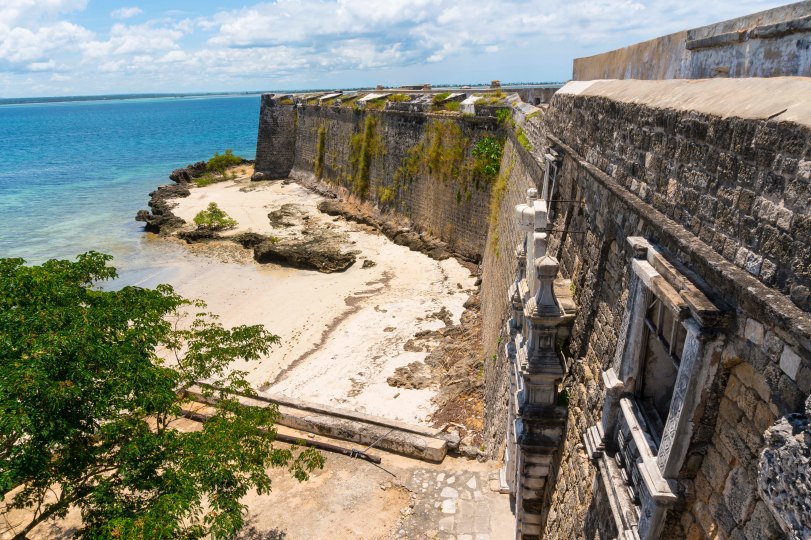 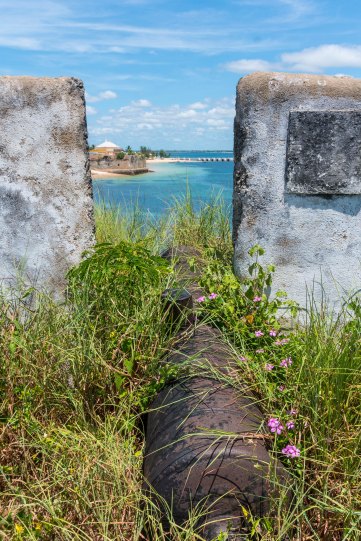 The Fort of São Sebastião on the northern edge of the island is definitely a main point of interest. The views from the top are stunning and the best you will find on the island. It is almost totally overgrown with vegetation and some parts are not walkable but that makes it all the more mysterious and beautiful. The water around the fort is the most pristine I found in Mozambique. Locals now use the fort to collect rainwater for the island since they have no source of fresh water. 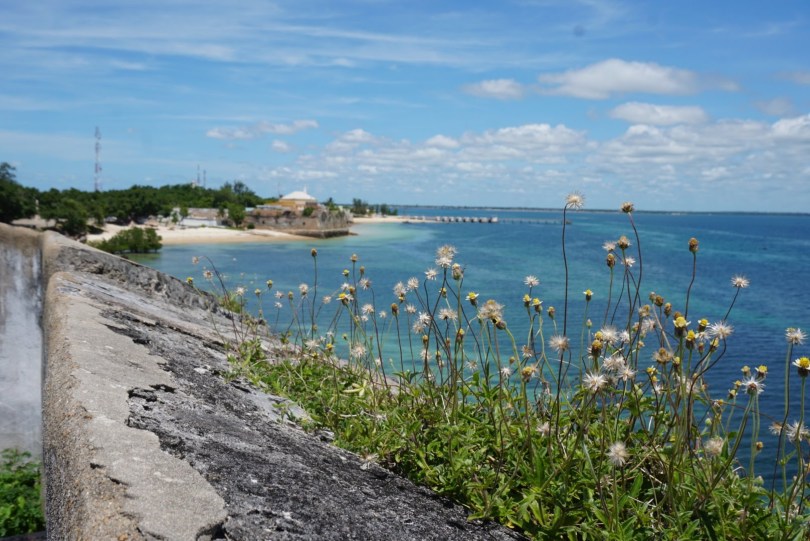 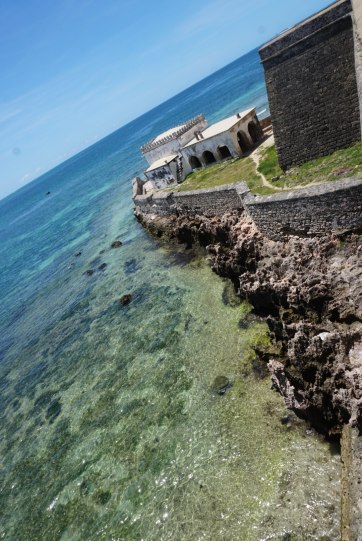 It is also possible to do dhow trips to the surrounding areas. There are some reefs to do snorkeling and it is potentially possible to dive. The owner of Karibu Restaurant told us about a local dive master who has the equipment to go diving and will take people out by request. But there are no dive centers on the island or the surrounding coast at the moment. 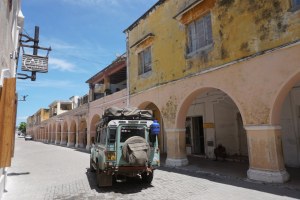 Where to stay? There aren’t many options for accommodation on the island. There are a handful of upmarket hotels which were out of our price range. We found a few options for budget travelers. Most stay at Ruby backpackers. We found Pensao Monte Cristo through Ari BnB and it was perfect for us. The rooms were cute, the design of the hotel was unique and they were very centrally located within the aptly names “Cafe Central.” 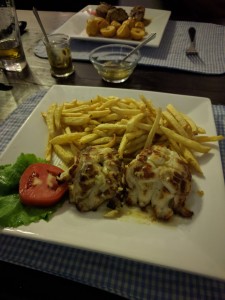 Where to eat? We had one meal at Karibu Restaurant and it was one of our best meals of the trip. The owner is incredibly friendly and we really enjoyed chatting with him. They have different menu options daily based on the catch of the day. We also ate a Feitoria hotel which has a beautiful ocean front deck that rewarded us with a spectacular sunset. The food was just okay, but we really enjoyed the ambiance of the this hotel’s restored colonial buildings.

We only saw one other tourist during our two days on Mozambique island. We were there in low season but it is overall not a very popular tourist definition in Moz. Mainly due to poor accessibility. If you are driving from the southern coast, you have to pass through some of the most horrible road conditions. If you are flying, the closest airport is Nacala. You’d have to catch a 5 hour chapa or pay a hefty taxi fare to get to the island. There also isn’t much in the surrounding area so you’d have to combine it with a long drive up to Pemba or an expensive flight to another area in Moz to fill up an extended vacation. For overlanders it is definitely worth the trip if it is on your route. However, until road conditions are improved or airlines make travel to the area cheaper, it is probably not going to be worth a trip for most people.

If Mozambique’s tourist industry grows – this island is going to be the next big destination to rival Zanizbar and Lamu. I am so grateful we got to enjoy it when it was still a secret! 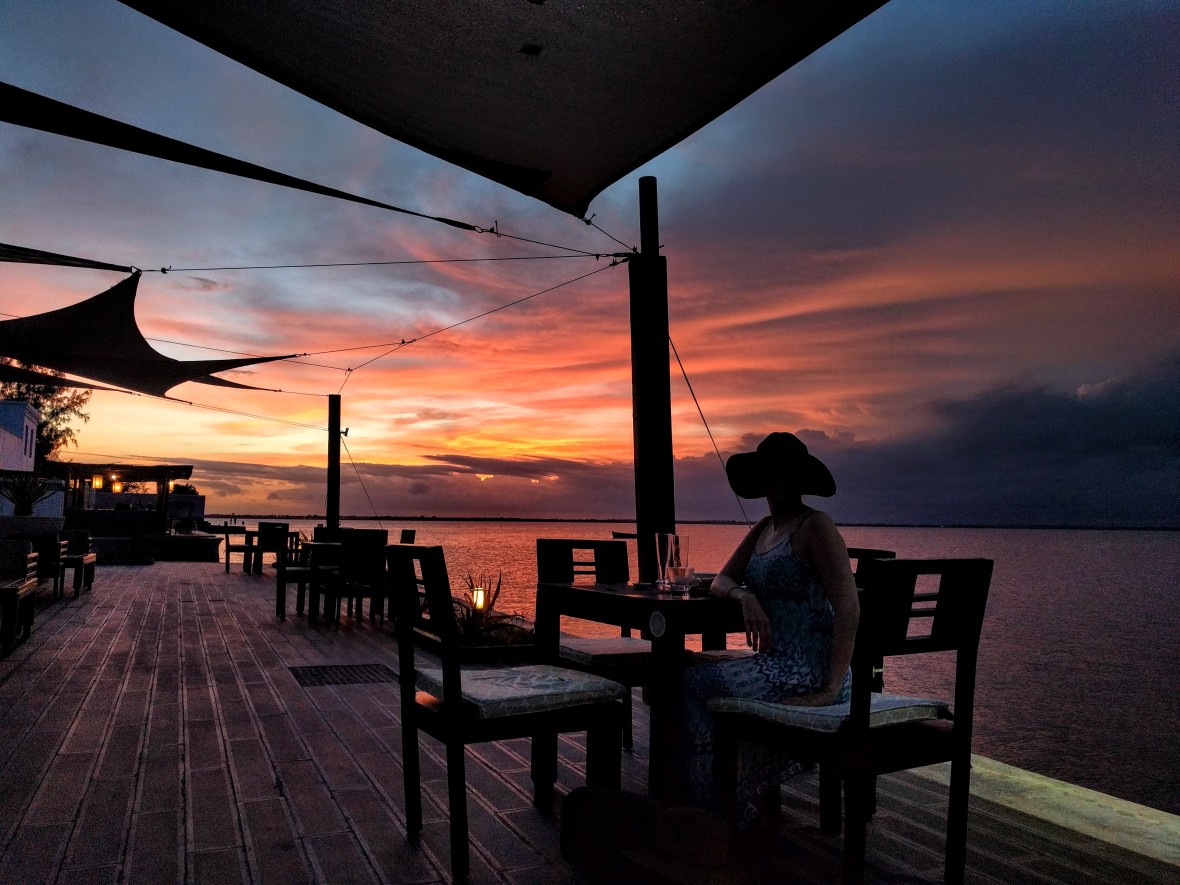