Coming up with birthday presents in Botswana is no easy task. Our lives are really simple here, so much of the stuff that we used to think we wanted just wouldn’t even cross our mind anymore. If you even could come up with a birthday present idea – chances are pretty slim that you would be able to buy it in Botswana. AND even if you could find it, the price is usually 2-3x as much as you could find it for in the US. So what to do for Garrett’s birthday?! On the plane ride home from Zanzibar, I happened to read an article about the Lumineers touring in South Africa. Amazingly, they were playing in Joburg on Garrett’s birthday weekend – perfect gift! A little piece of Colorado visiting us in Africa.

We really were not expecting many people to be at the show. The Lumineers were popular in the US but why would anyone in South Africa know them? …We were totally shocked with how packed the show was! Also the fact that everyone there knew the words to every song – even super obscure ones that I had never heard. Who knew the Lumineers were so popular in Africa! We got floor tickets and managed to get right up to the front. It has been about 5 years since Garrett and I last saw the Lumineers live and man have they changed a lot! It was an awesome show and great to see what a concert experience is like in South Africa.

Garrett and I LOVE concerts, there was a time when we were going to 1-2 shows a week in Denver …..so to have gone over a year and a half without a single concert was kind of crazy! It felt amazing to get back in the mix.

We stayed at the Melrose Arch Hotel in the Sandton area with our Starwood points. The hotel is really modern and has cool room designs with exposed brick walls. It is in a good central location in the city and within easy walking distance to tons of shopping and restaurants. A perfect place for a weekend trip.

On Saturday I had planned a massive pub crawl to explore different bars and restaurants all over the city. We started the morning off at Neighborgoods in Braamfontein area. This is a huge farmers market that takes place within the roof top of an old warehouse. There are tons of food stalls with all sorts of yummy things to try. Also music and shopping.

This was heaven for us being so food deprived in Botswana. The best part was meeting a Polish guy with a meat stand called “Victoria Meats.” He fed us so many amazing samples and we bought a big bag of meat to snack on all day. It was tempting to just spend all day there….but we had so much more to do!

Next stop was the apartheid museum. I have been before but it was Garrett’s first time. An incredibly powerful place. A must do for anyone visiting Joburg. The history of South Africa is so complex and intertwined with apartheid – to understand how and why it all happened you really have to understand African history and world history going way back to early colonial times. The story of apartheid is one that everyone should learn about and learn from. 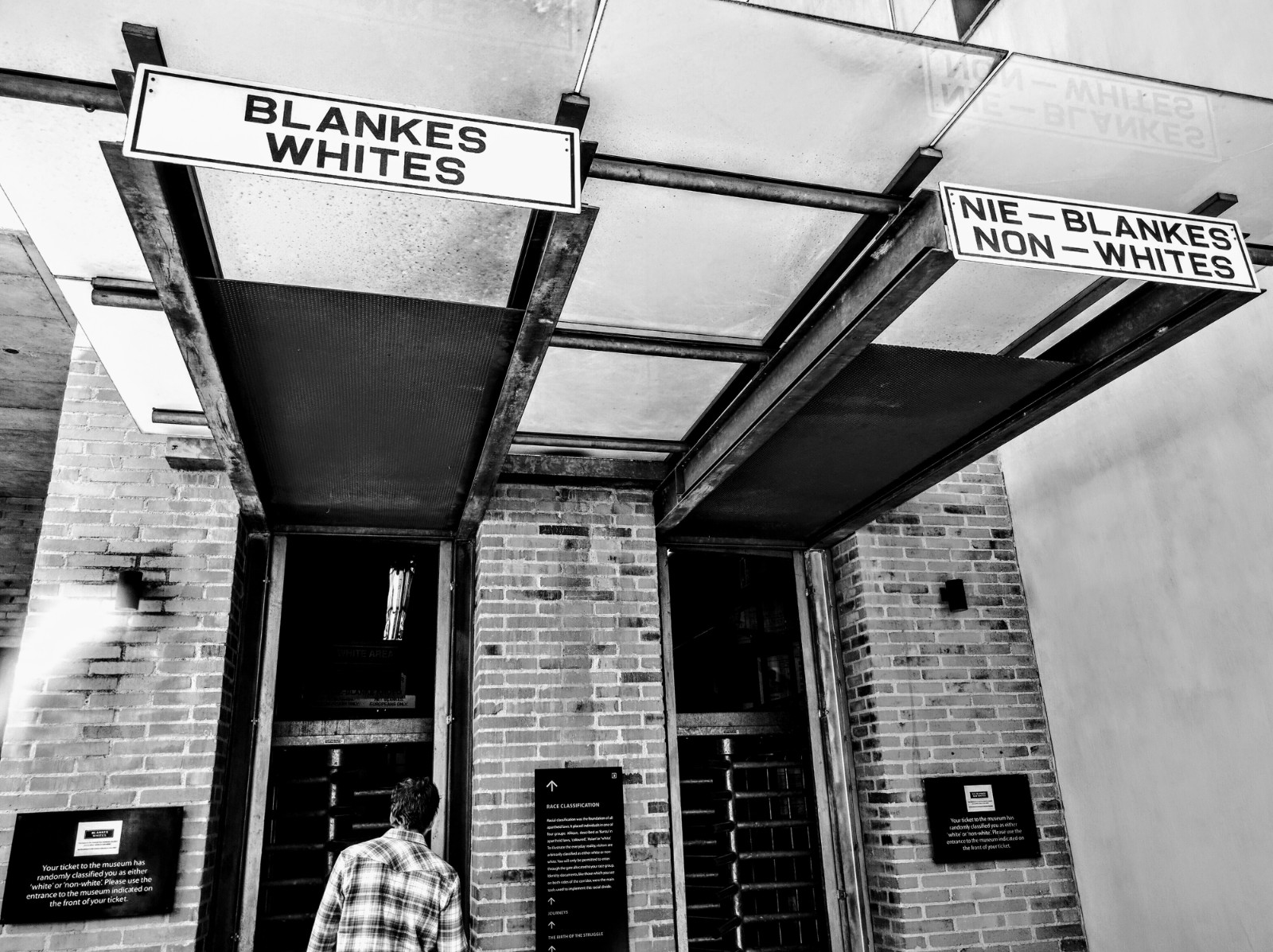 Next stop was Soweto. The largest township in South Africa. It is almost like a whole other city. We visited Ubuntu Kraal Brewery for our first craft beers of the day. This was a really cool spot. Outdoor seating with big picnic tables and collages of old pictures on the walls. They also serve beers from the Soweto Gold Brewey which is on the same plot. There were only had a few beers available so we were able to try them all. Had a good cider as well. Again we would have loved to hang out and explore Soweto more but there was too much still on the to do list!

Next stop was Craft in the Parkhurst area. This is a super cute street that has shops and restaurant lined up. Craft might be my favorite stop of the trip. The drink menu is about 7 pages long and is filled with all sorts of crafty cocktails. I got a cotton candy prosecco 🙂 The food looked amazing too – lots of interesting dishes. Can’t wait to get back to this place and order a proper meal!

Next stop was Foundry which is in the Rosebank area – another hot spot for food/bars. We finally ended up eating a full meal here and were not disappointed. Amazing ceviche and tuna tacos. Also they had an awesome circular beer and wine cellar with clear walls so you can peer in at the goodies. We did a sampler platter of all of their beers. I can’t remember any favorite bc I was too excited by the food!

Last stop of the beer tour was Griffin Gastropub in the Melrose area. This place had kind of a chic harry potter vibe to it. We weren’t blown away by the food options and they weren’t really offering anything unique to drink so probably wouldn’t recommend this one.

We tried to get dim sum for dinner at a restaurant called So Yum in Hyde Park Corner – we were totally disappointed by this place! Nothing unique about the dishes offered – most taste as good as what you could buy at Costco. Total bummer! 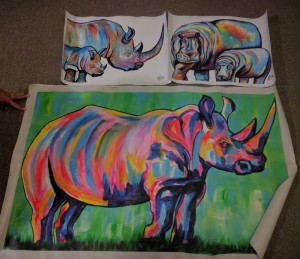 On Sunday we continued our exploration of food and beer. We visited the Rosebank Sunday market – a favorite spot of ours. We finally decided on some large pieces of artwork – had been eyeing some stuff for a while but couldn't decide.  We are very happy with our bright rhinos and hippos!

Our last dinner in Joburg was at Jaime's Italian – a place Garrett had been immensely looking forward to because he loves Jamie Oliver. However, we were not that impressed. Basic Italian food but nothing I would go out of my way for!

Joburg is a highly underrated city. Obviously Cape Town is everyone's favorite in SA – but Joburg does have a lot to offer. So much culture and is crawling with activities. It is like an oasis for us in Botswana – which is pretty devoid of regular cultural or social events. I wouldn't want to live in Joburg long term – because it is just too much like a US city – but I love visiting!